Was the capitol stormed, or was this planned?

This article is a collection of how I saw the events yesterday as I watched it all godown live.

I was at my computer watching both the live congress electoral college session and a live stream from a patriot.

You can watch the congress session here:

I’m not going to get into the debates brought up in the session, you can watch the video for that. I want to look at some things that seem odd and out of place.

5:23 Howard Morgan Griffith from Virginia asks an important question. They were asked to have a limited amount of people on the floor and the rest in the gallery due to “covid rules”. His question was simple, How could those in the gallery pose an injection if they cannot be heard. Pence responds by saying this is not up for debate. A simple question denied.

It seems as though this would have been better planned to give everyone a voice as the process has always been. It seems odd that there is only a limited amount of representatives on the floor. Pence does not give a suitable answer in my opinion. After this, Pence is gone.

15:20 Pence walks to the bottom of the camera, down the isle of benches. I believe this is the last we see of him in the session. I could be wrong, and I do not know if this is normal, but I found it odd that we don’t see him again.

1:13:00 Paul Gosar tries to explain election issues when there seems to be a ruckus going on. Nothing crazy, but you can see the people behind him looking to the left. Something has their attention. As Paul continues, they keep looking around, something has them distracted.

1:15:00 Paul asks if he can get order in the chamber as if there is lots of noise going on we cannot hear. Confusion ensues as people start acting odd. 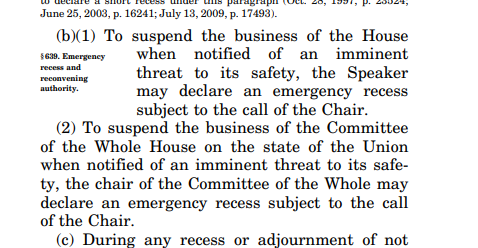 1:24:41 The house is called back into order. As if whatever happened is resolved, or was not an issue at all.

1:24:52 the screen goes to a podium of the president-elect? This isn’t even a real thing.

1:25:33 the screen goes back to Paul, but we seem to have missed some important information he was laying out. What did we miss?

1:28:00 Pauls time is expired and you can see people on the left side making motions for people to get down and we go back to recess.

From this point forward the session seemed to not continue and I was watching the live stream on youtube that is no longer available.

Here are some important questions to ask.

I’m now going to shift into the “mob” that entered the capitol building.

Here is a video of a sole security guard trying to stop the mob. Tell me this doesn’t look staged, this is not an angry mob. You can see camera men in the mob, and who’s filming this, they don’t seem to be a threat or worried.

The moment we realized that this is a staged psyop pic.twitter.com/Ckk4XtMeWB

This was not a mob of Trump supporters, this was an Antifa/BLM attack.

Let’s see some peoples opinions on the ground of what happened.

Finally, let’s watch this video of the lady that was shot in the capital building with this link. I have another video that is very graphic, but this one will suffice

After watching that, we have to ask some important questions.

She is surrounded by police who appear to be helping them enter the building. The police are there, co-operating with them.

In fact some of the “protesters” appeared to be let into the building.

To wrap this up, I have more questions.

Notice how there was no riots like BLM riots

Notice how there was little damage done inside. This was not an angry mob.

From what I have heard, the purpose of this was to give a reason to rip Trump of his power immediately.

They want him out of power before he can expose them.

The media wants him to look bad.

His last two tweets were to call patriots to stand down, go home, and do not cause violence. We need to have peace was his message. Twitter removed that and blocked Trump.

I’m sure I missed a lot, but I wanted to share what I saw and what people are saying that is not the mainstream media.

What happened there and what is being reported is very different.

Are you telling me that on a historical event like this, where there is a lot of tension and dispute over an election, the government is going to secure the building with a few riot police and barricades?

Where was the national guard?

None of this make sense.

Well, confirmation that the cops literally just let them through pic.twitter.com/kqhLn4swjq

Cops are taking selfies with the terrorists. pic.twitter.com/EjkQ83h1p2

No votes so far! Be the first to rate this post.

We are sorry that this post was not useful for you!

You have broken your promise to WWII veterans and made their sacrifice meaningless.